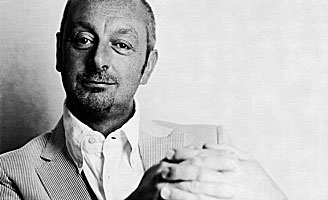 He was born in 1956, he graduated in Architecture at Politecnico of Milan in 1985. In 1986, together with Nicoletta Canesi, he opened Lissoni Studio. They are interested in architecture, industrial design, graphic design, public relations and factory art direction.

Since 1987 up today he has been working as Porro designer and art director. In 1989 he designed Novecento, a line of elements for night areas. During the nineties collaboration became more frequent and project was referred to the main elements of Porro production: the systems. Lissoni started with System NXT (1996). Structural and aesthetic changes have been modifying the product itself and the commercial point of view. The following step has been the new project regarding Modern system, totally created by Piero Lissoni in 1997. It is a product always in progress.

Thanks to its modular and polyhedric elements it is considered an evergreen product of Porro production. In 2000 he designed Storage, a system of wardrobes and walk-in closets, on the basis of an existing project (Reflex). Collaboration extended to the total production and Lissoni designed the great part of production elements which show his elegant and pure style.

During the years Lissoni hand and mind created for Porro factory a particular and identifiable image either in the products or in the showrooms. Moreover collaboration between Porro and Piero Lissoni introduced a production of essential, simple and elegant furniture elements, a careful study of new technologies and a continuous research on materials and finishing.