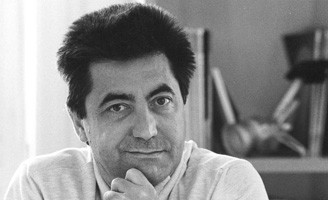 Antonio Citterio, born in Meda in 1950 started his architectural and interior design practice in 1972 and graduated in architecture from Milan Polytechnic in 1975.

Between 1987 and 1996 worked in association with Terry Dwan and, together, they created buildings in Europe and Japan.

In 1999, with Patricia Viel, he founded “Antonio Citterio, Patricia Viel and Parters”, a multidisciplinary design firm based in Milan. The studio operates at international level developing complex long-term projects, at any scale in synergy with a qualified network of specialist consultants. There are different types of projects that are implemented: urban designs, residential and commercial complexes, the industrial establishments, the conservative restructurings of public buildings and the planning of spaces for work, offices, showrooms and hotels.

The firm is also active in the sector of corporate communication and implements projects for temporary events and exhibitions. Among its recent projects: the Milan building that is the new corporate headquarters of the Ermenegildo Zegna group; Bulgari Hotels in Milan and Bali, offices and company day nursery in Verona for pharmaceutical multinational GlaxoSmithKline, the Cascina Merlata development in Milan, residential buildings in Milan, Hong Kong and Signapure, the project for the Cultural Centre in Milan, the conversion of the former Post-Office Building in Milan into a major centre for the service industry, and the Museum of Design. The studio took part in numerous restricted national and international competitions: it is UNI EN ISO 9001:2008 certified. In 2007 the monograph Antonio Citerrio: architecture and design was published by the Skira publishing house. Antonio Citterio was awarded the Compasso dOro-ADI in 1987 and 1995. In 2007 he was named Honorary Royal Designer for industry by the British Royal Society of Arts.

In September 2009 the studio changed its name into “Antonio Citterio, Patricia Viel and Partners”.